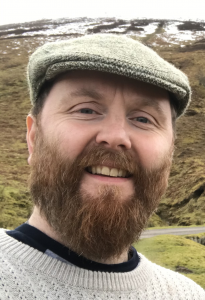 Àdhamh is a Gael of mixed Highland Caithness and Irish descent who was brought up in Cowal, Argyll. He is the first person in 80 years to raise a family of fluent speakers of his local dialect, reviving Dalriada Gaelic as well as completing the initial stages of reviving the moribund Latheron Gaelic dialect of his mother’s people from SW Caithness.

Àdhamh has absorbed a considerable storehouse of lore during 15 years of fieldwork traveling the length and breadth of the Scottish Highlands and his long term goal at Dòrlach is the decolonisation of Scotland’s people through reconnection with the carrying stream of indigenous culture, language and lifeways. 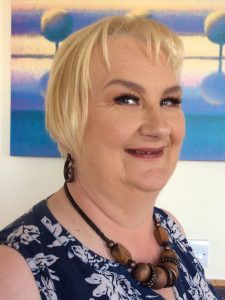 Maggie was born and brought up in the Isle of Lewis and lives on a croft in Achamore in the Lochs area where there have been six generations of her mother’s people before her. She has a huge interest in the lore and lifeways of the Gael and has been collecting words, stories and information which have been turned into writing, community radio productions, podcasts and plays.

Maggie is keen to contribute to Dòrlach’s aims of presenting the dialects and heritage of the Gael in an accessible fashion for generations to come.

Calum was born and brought up in Aberdeen and has long been involved in Gaelic activities in the city. He has always been interested in dialects, stories and songs and this interest brought him onto important collation work with DASG at the University of Glasgow and from there to the board at Dòrlach. Calum is a fluent Gaelic speaker and musician with an excellent knowledge of dialect variations and Gaelic lore. 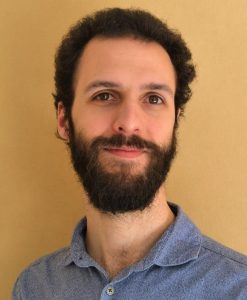 Fañch is from the Isle of Arzh, in Brittany, and is a fluent Gaelic learner. He has been involved with the Gaelic language for the last several years, having done a Masters and a PhD at Edinburgh and Aberdeen University.

He is Dòrlach’s secretary and has a particular interest in the Gaelic dialects of North Argyll. 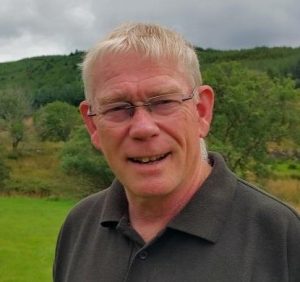 Bob Clark is a museum curator who has worked at Auchindrain Township since 2009.  Although not a Gaelic-speaker himself, he fully recognises the significance of the traditional local dialects of Gaelic and strongly supports their role in the cultural life of Scotland.

He handles the charity’s finances and constitutional affairs.